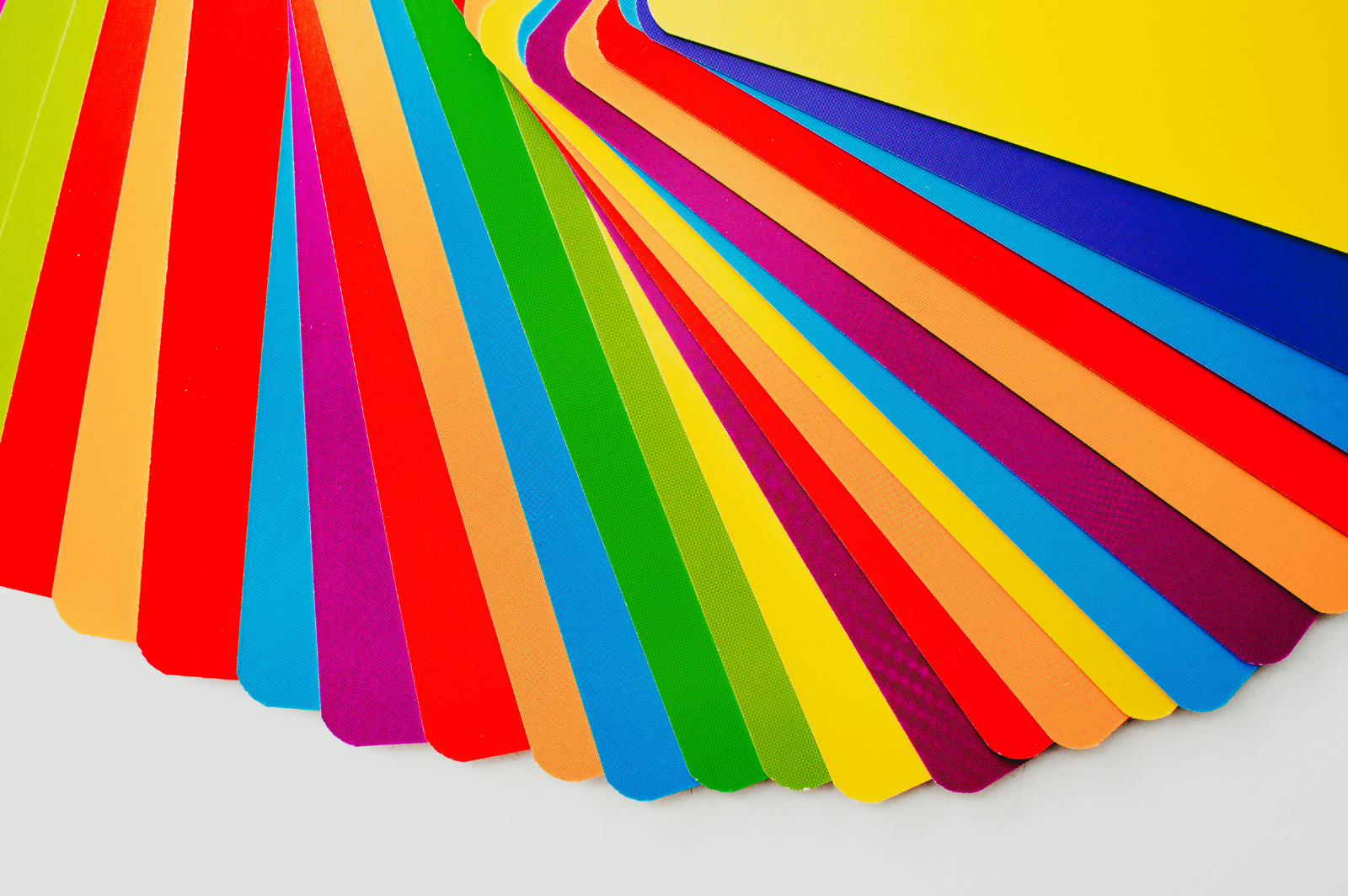 Could it really be true that different colors can actually have an impact on our moods? Interestingly, a lot of research has been done over a number of years on the effect of different colors on the brain and human behavior, and it is increasingly apparent that different colors are interpreted differently by our brains and that they can actually have a subliminal impact on how we feel at any given moment. As a result, it does appear that careful choice and use of color can be helpful in improving quality of care for people living with dementia.

CONTRAST
The use of Contrast in colors can be used to help define objects more clearly, so using a color that contrasts with the immediate background will draw attention to key features. In fact, the use of contrasting colors is very helpful in marking the edges of things; it can draw attention to furniture, or hazards that might cause someone to trip, or even to more easily find the toilet seat in an all-white bathroom.
Extending this principle into other areas, you might differentiate the colors that you choose for pillows, sheets and blankets, or to using dinner plates that are a different color to a tablecloth for example. Other suggestions could include using a contrasting wall color, so that it will be easier for someone to locate switches, sockets and handrails.

RED
There are studies that suggest that the color red can increase brain activity; it can also lead to a perception that a room is warm. Red can additionally increase appetite and encourage eating when featured in plates and cups. It also figures that any dinnerware that is a different color to the food placed on it is helpful to someone living with dementia. Further research indicates that the color red can also promote participation; for example, red shoes might actually encourage someone to enjoy a walk. Oddly though, a Carer might want to avoid wearing red clothes, as the color red can also sometimes be perceived as intimidating

GREEN
The color green is associated with nature, and lighter shades of green can promote relaxation and calm. It is perceived as a restful color and can help to reduce central nervous activity. It can also be perceived as making a room seem larger. Lime green, more specifically, has been shown to be effective for people living with Alzheimer’s or other forms of dementia, particularly to give visual clues to the location off doors to bathrooms, or bedrooms. In addition, research has shown that the color green is one of the last colors that we lose the ability to see, so placing a piece of green tape on a cane, or a walker, or other items that people need to use every day, can be very useful. Not surprisingly, green is a good color for Caregivers to wear as it fosters feelings of engagement, relaxation and calm.

PURPLE
Purple is a color that has been shown to stimulate the imagination and also spirituality – purple objects are often perceived as being valuable. This dates back thousands of years as the physical resources needed to create a purple dye was very hard to come by, as purple is uncommon in nature, and was therefore very costly. As a result, only the elite could use purple dye and its associations with royalty and extravagance persist until today. So, it might be a good idea to choose purple as a way to encourage someone to think of an object as desirable.

YELLOW
The color yellow has been shown to increase feelings of happiness; people tend to smile more in yellow rooms, and individuals with dementia tend to stay longer in rooms that are painted yellow.

BLUE
Blue is a color that promotes relaxation; blue rooms can reduce any feelings of confusion and increase concentration. Blue has been shown to be a restful color, with a calming effect. Research shows that using blue in the physical environment can actually lower blood pressure, and that blue rooms are seemingly cooler than rooms painted in shades of red or orange.

WHITE
This may seem like stating the obvious, but white is a difficult color to see. As a result, an all-white room can appear to be circular to someone with dementia – in a white room it might be a good idea to paint an accent wall in a different color or create a colorful focal point somewhere in the room.

BLACK
Also perhaps unsurprisingly, the color black can be associated with fear or sadness. As a result, if you wear black it might make it difficult to communicate with someone who has dementia. A black carpet would also be a poor choice, as it may appear like a large black hole to someone living with the condition. Conversely, a black mat in front of an external door might be a good disincentive. 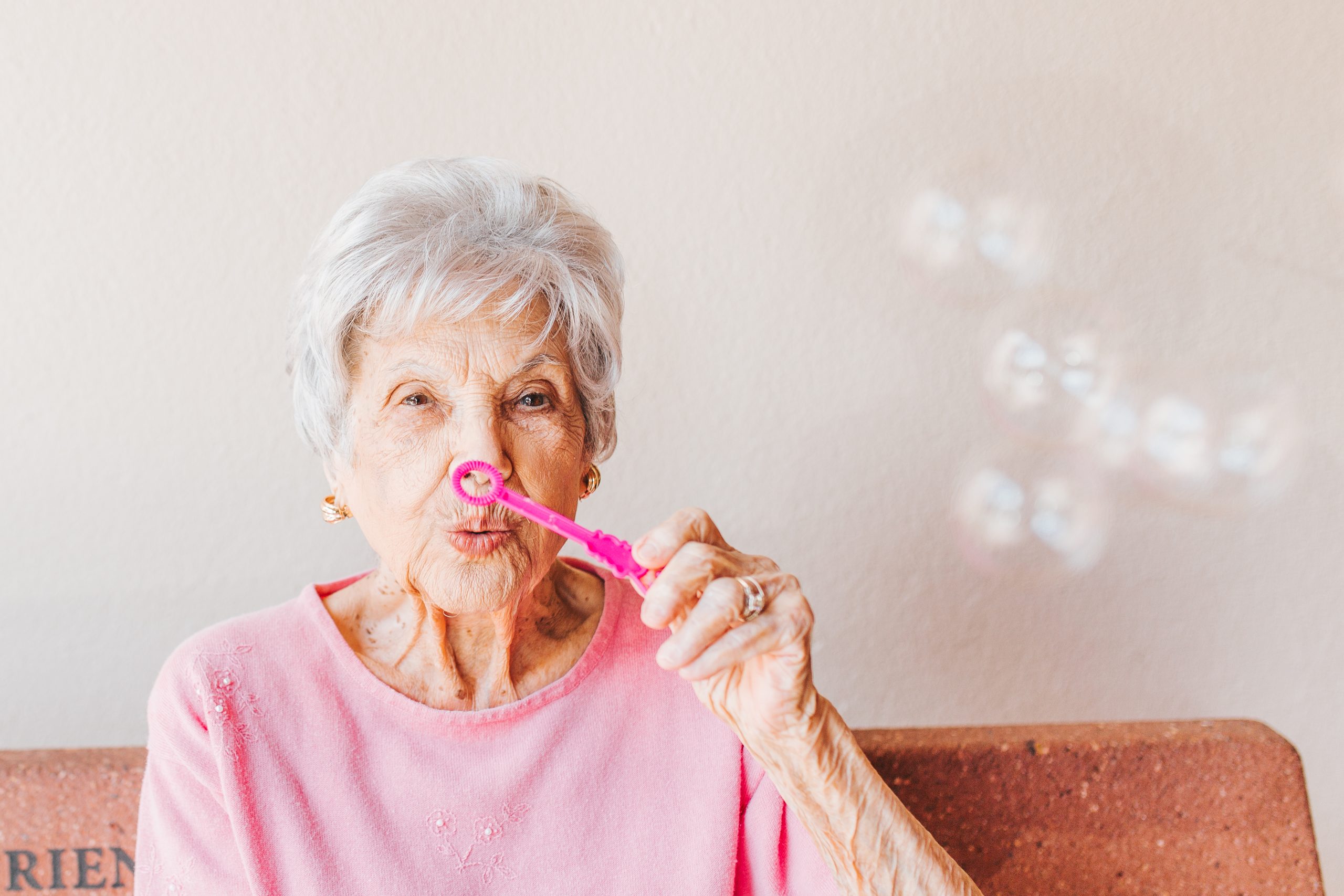 It is the hope of most folks to be in their own home for as long as possible. Home caregivers (usually family members) make this possible longer for people who suffer from dementia or other neurological or physiological conditions by helping their loved ones adapt to and cope with limitations in ability, mobility, communication and cognition.

The caregiver is constantly working to stabilize or lessen the progression of disorders with exercise, nutrition, activity, hygiene and generally some mix of medicinal schedules. It can be a very hard and often heartbreaking job, yet so many take it on as a labor of love.

Studies have shown that “the health and general well-being” of a family caregiver can have a direct impact on the quality of life and success of therapy for dementia patients in their care.

Additionally, research indicates that dementia patients have higher rates of behavioral symptoms and mortality when cared for by carers who are stressed, use emotion-based coping (e.g., wishing that the disease would go away), or negative communication strategies.

Finding an effective coping mechanism for both the patient and the caregiver are important for all involved, as everyone’s health and well-being are inter-connected and inter-dependent. Happily, there are many resources for the family caregiver to call on to help with the daunting and difficult task of providing home care for their loved one. Understanding the changing needs and communication strategies of their charges is an important factor in successfully managing a home care situation.

One such sources was provided by the Lewy Body Dementia association, found online here, the document helps to set expectations about caring for people with dementia, and also offers a helpful section titled “Care for the Caregiver” that includes common sense suggestions for maintaining personal equilibrium in the face of such demanding and difficult work.

If you need help with finding and connecting with useful resources, drop us an email at customerservice@amindtocare.com and we’ll be happy to pass on any information we have available.

This website uses cookies to improve your experience while you navigate through the website. Out of these cookies, the cookies that are categorized as necessary are stored on your browser as they are essential for the working of basic functionalities of the website. We also use third-party cookies that help us analyze and understand how you use this website. These cookies will be stored in your browser only with your consent. You also have the option to opt-out of these cookies. But opting out of some of these cookies may have an effect on your browsing experience.
Necessary Always Enabled
Necessary cookies are absolutely essential for the website to function properly. This category only includes cookies that ensures basic functionalities and security features of the website. These cookies do not store any personal information.
Non-necessary
Any cookies that may not be particularly necessary for the website to function and is used specifically to collect user personal data via analytics, ads, other embedded contents are termed as non-necessary cookies. It is mandatory to procure user consent prior to running these cookies on your website.
SAVE & ACCEPT